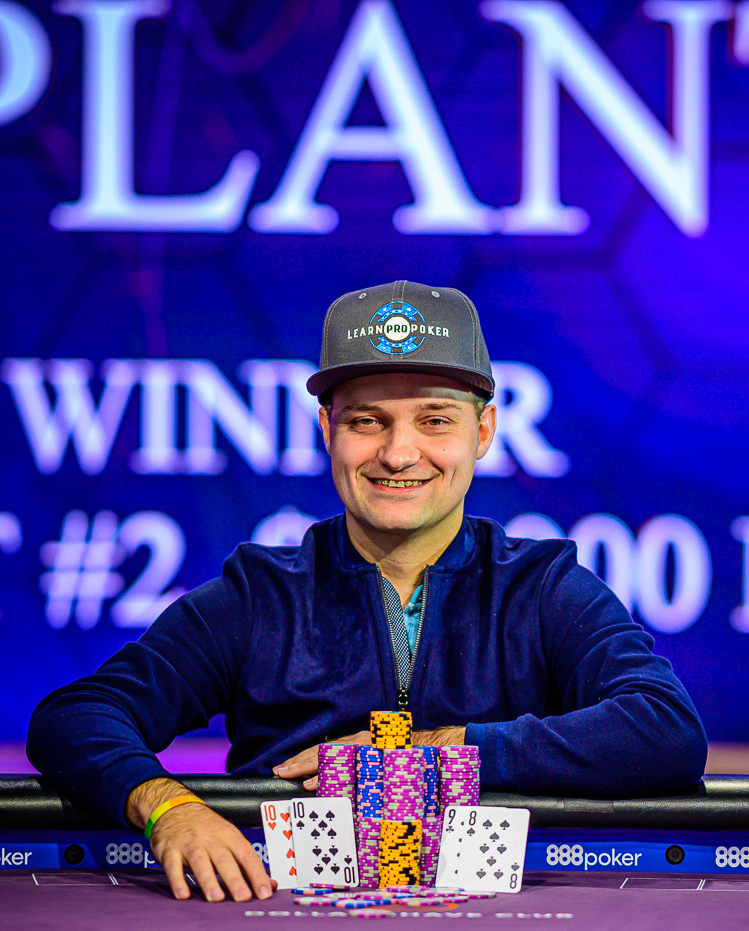 My conversation today is with tournament wizard and WSOP bracelet winner Ryan LaPlante.

Ryan is game theory expert who battles in the live and online streets of no limit hold ‘em and PLO.

On the WSOP circuit alone, he’s recorded 69 in-the-money finishes and collected winnings worth more than $1.2 million.

His most recent cash was at the Poker Masters tournament where he took first place and the first prize of $186,000. All together, he’s amassed more than $2.4 million in winnings at live tournaments.

He has been a content creator and coach on several of the most reputable poker coaching sites on the Internet and has now launched his own at learnpropoker.com, where he shares the very same strategies and techniques that he has been using to crush the games and generate massive profits.

During our conversation, Ryan reveals a unique perspective on poker that moves back and forth between strong technical strategy and deep philosophical lessons to be learned.

He’ll give you his recipe for winning on the felt, and winning at life.

He also explains how his passion for cards has grown into a passion for helping and teaching others who want to learn and succeed in the world of poker.

As a coach, teacher, player, and human being Ryan is a blessing and massive boon to the poker world.

If you’re a tournament player chasing poker greatness, you’ll have a hard time finding a better example to follow on the felt than Ryan.

Once again, thank you for joining me. And now, Chasing Poker Greatness featuring Mr Ryan LaPlante…

Click any of the icons below, sit back, relax and enjoy my conversation with Ryan LaPlante on Chasing Poker Greatness.

Click any of the icons below to find the CPG pod on the platform of your choice. Then sit back, relax, and enjoy my conversation with Ryan LaPlante on the Chasing Poker Greatness Podcast.

Thanks for reading this transcript of Chasing Poker Greatness Podcast Episode 023: Ryan LaPlante