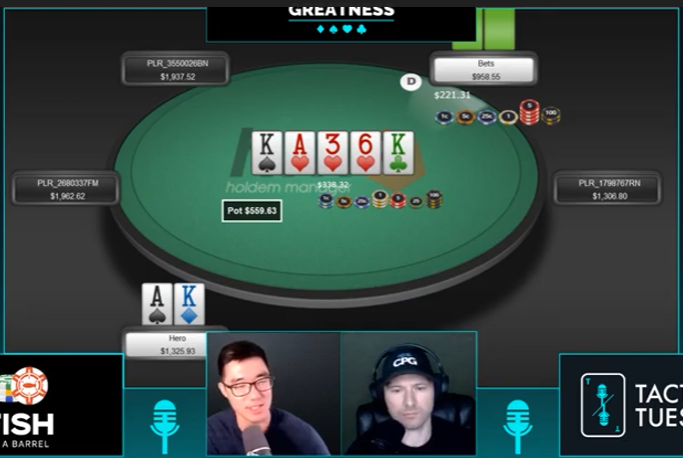 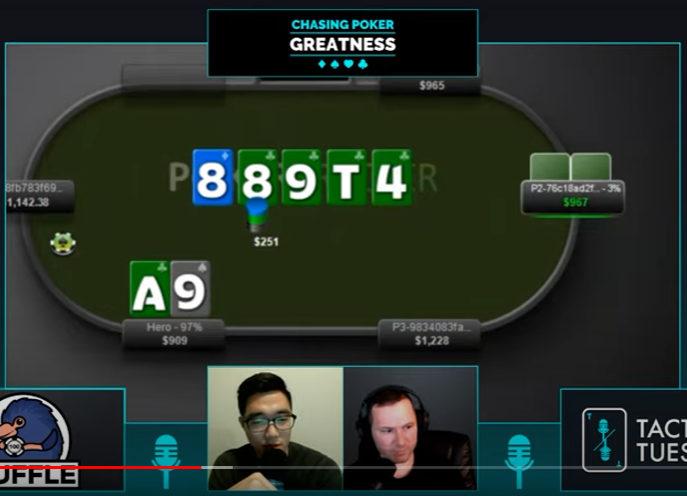 On this week’s episode, Coach Brad and Jon take a look at a hand where Jon decided to go for a thin raise on the river with the nut flush. Will Jon get punished for his greed?

Tactical Tuesday returns this week with a breakdown of two AQ hands that Coach Brad played recently at 5/10NL on Ignition. Coach Brad gets to the river in both hands, yet finds himself with two very different decisions. Should he fire a bluff on the river in a 4bet pot with nothing but AQ high? Should he raise a river bet for value with top pair-top kicker? Find out on today’s episode!

On today’s episode of Chasing Poker Greatness Coach Brad and Coach Thomas break down two hands (One good, one the opposite of good) where Thomas chose to raise with a bluff on the river. Who doesn’t love it when Terminator Thomas gets out of line?