On this week’s episode Coach Brad answers a handful of questions that his student Jon prepared in anticipation of his return to live cash.

The strategic differences they go into are:

– The role rake plays in your strategy: Drop rake vs. Timed rake

– The strategic differences in stack depths (100 bbs at small stakes vs. uncapped at bigger stakes)

– The differences in levels of aggression as you move up stakes.

– Why you ought to be prepared for big games to inevitably get bigger as the night wears on.

The environmental differences discussed are:

– The fact that bigger games don’t run nearly as often as smaller games (And how this relates to how you ought to prepare for moving up stakes).

– The differences in how the players treat one another at the bigger stakes compared to the smaller stakes.

– Why at the big stakes there tends to be mutual respect amongst the pros and recs with minimal patronizing from either side.

– The role politics plays as it relates to getting a regular seat at the table when the bigger games do run.

Sit back, relax, and enjoy the show.

In today’s episode Coach Brad and Coach Thomas break down some memorable hands from Coach Brad’s high stakes live poker career. Hand #1 is a $7k pot played against an absolute crusher and Hand #2 is a $30k+ whopper played against a famous pop star. Enjoy.

Today’s episode features Coach Brad and Coach Thomas breaking down two hands where the HERO is facing a Turn check/raise: Hand #1 is a live hand Coach Thomas played at the Commerce Casino. Hand #2 is an online poker hand Coach Thomas’ CFP student recently played at $200 NL. I hope dude’s parents don’t listen to today’s episode… it’s going to be brutal! There are Greatness Bombs aplenty just patiently waiting for you to dive right in.

The #2 episode of live poker tells . Learn about the hidden danger of showing your cards, an extremely common poker tell that you can implement into your game right away and why making tiny expressions matter even after you’ve mentally folded! 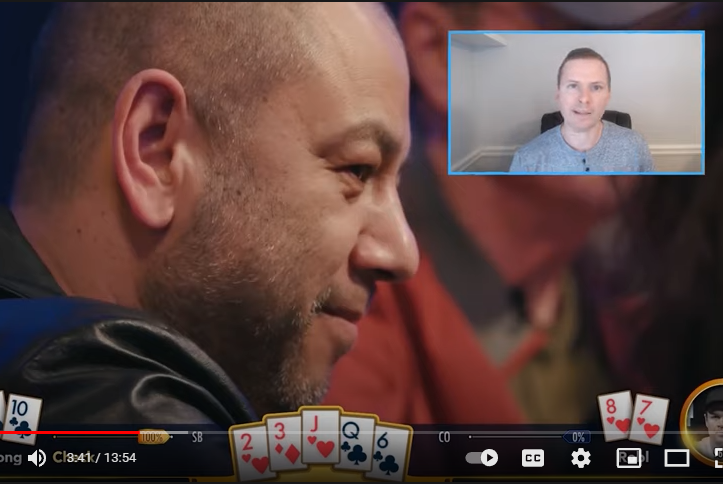 The #1 episode of live poker tells explaining. Learn about body language, breathing, face impressions in live poker games and benefit from it!