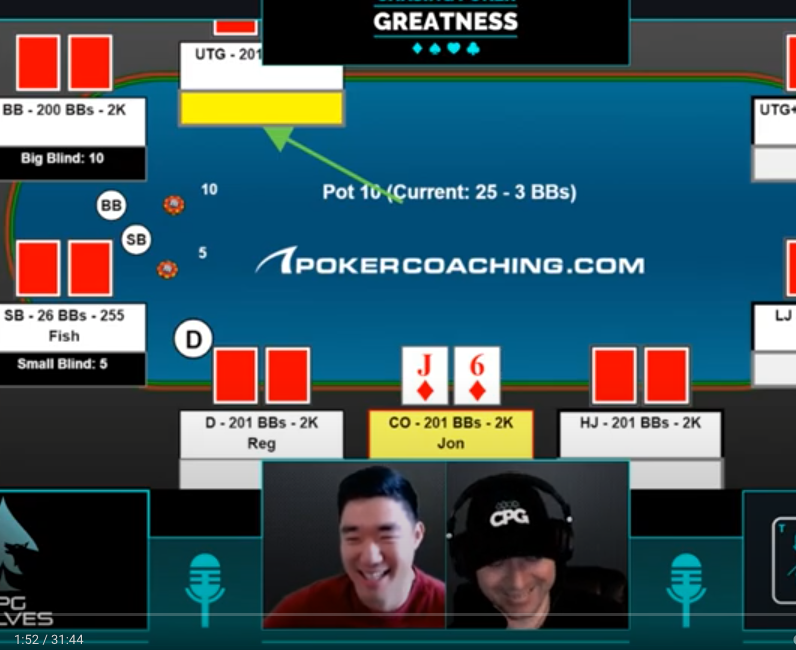 This week’s episode features two more live hands including a tough decision in a bomb pot. 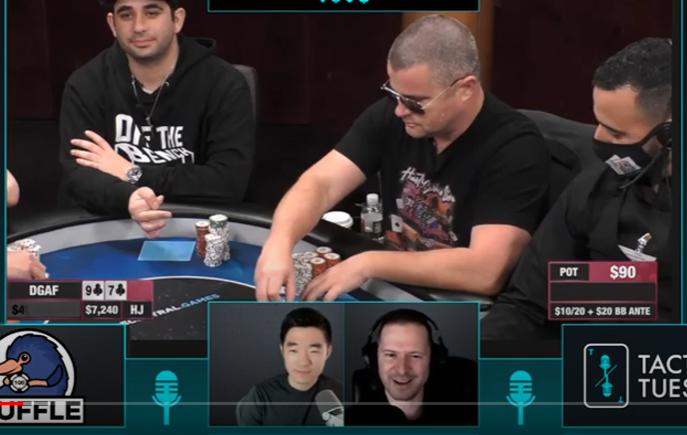 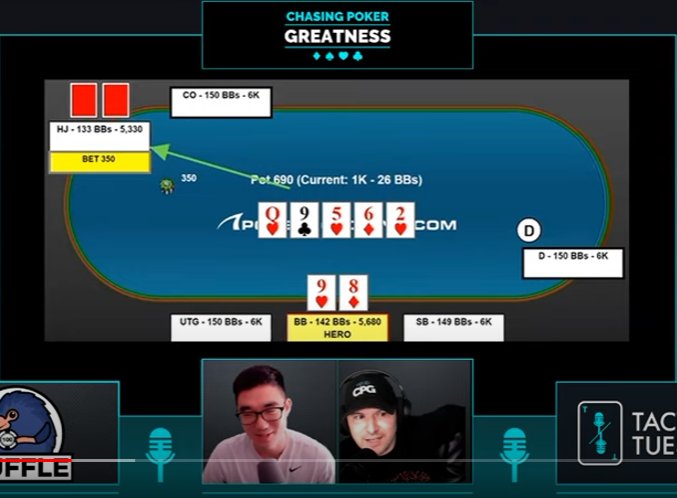 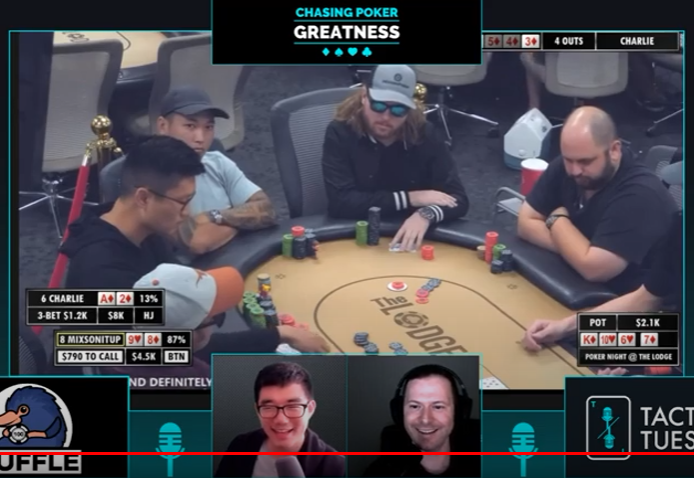 Today’s episode of Tactical Tuesdayfeatures hand breakdowns of two hands posted in Greatness Village. Hand #1 was submitted by Coach Thomas, the other resident coach in GV. Hand #2 was submitted by Charlie (Playing on the @The Lodge Live ), a GV member who regularly plays in the biggest streamed games in Texas. If you would also like one of your hands analyzed on Tactical Tuesday, join the Chasing Poker Greatness community today at https://greatnessvillage.com! 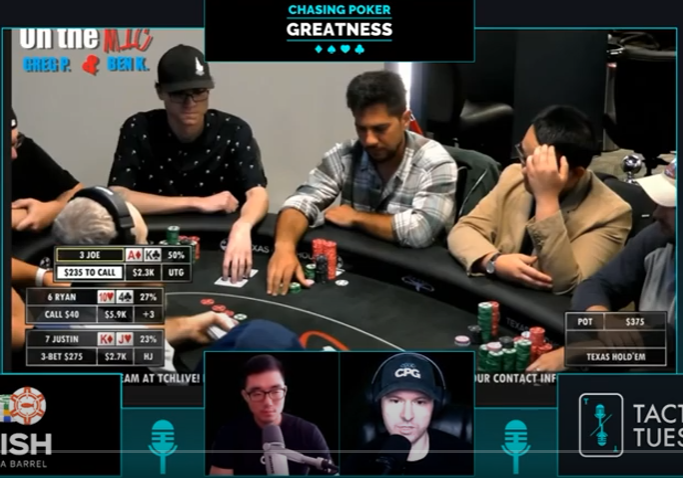 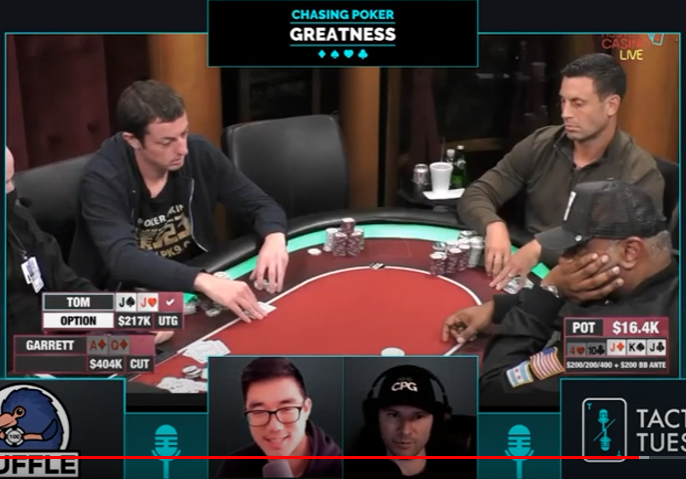 Tactical Tuesday Free Poker Training Video: Jon Gets Jammed On At The 2021 WSOP 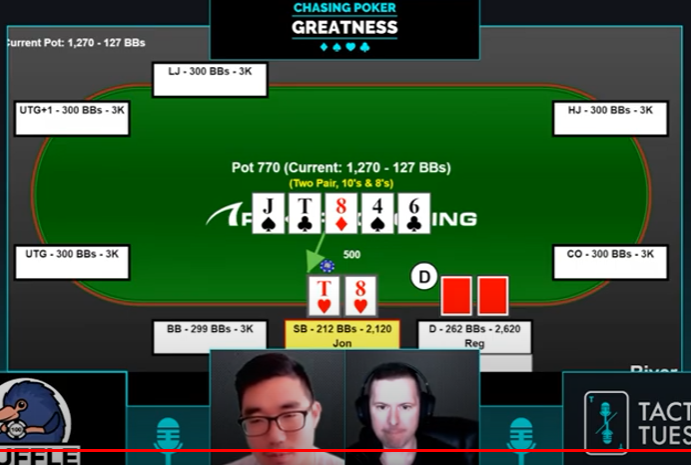 For this week’s episode, Coach Brad and Jon analyze two hands that Jon played last week in Las Vegas during the 2021 World Series of Poker. Find out what happens as Jon gets put to the test for his entire stack in both hands. 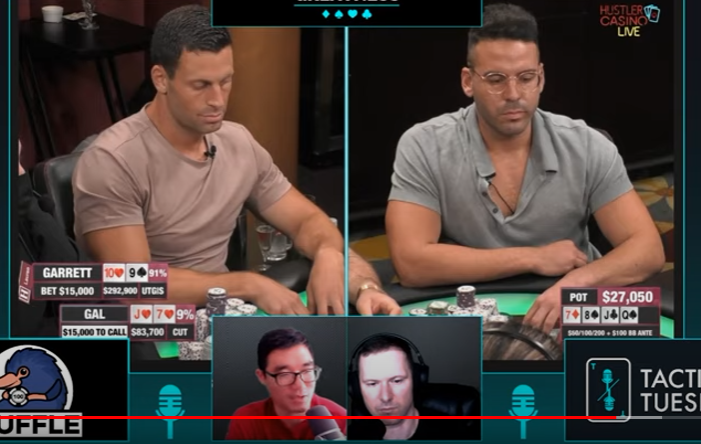 On this week’s episode, Coach Brad and Jon break down two hands from the high stakes games on Live At The Bike! and Hustler Casino Live.

Tactical Tuesday Free Poker Training Podcast: What Size Should You Open To At Live $1/$2?

This week’s episode is inspired by a recent tweet from Coach Brad regarding the large open sizes that are commonly used in low stakes live cash games. Why do players at $1/$2 regularly open to 7 or 8 big blinds? Is there a strategic reason to open so large? If 7x-8x is too large, what size should you be opening to? Coach Brad answers all these questions and more.

We’re switching up the format for this week’s episode of Tactical Tuesday! Today you’ll hear Coach Brad and Jon analyze two hands from the most recent episode of the legendary poker show High Stakes Poker. In these two hands Tom Dwan, Brynn Kenney, and Brandon Steven battle it out in a $500k pot and a $400k pot. If you have a PokerGo account and would like to follow the action with us, head over to Season 8 Episode 5 of High Stakes Poker. Hand 1 begins at 35:39 and hand 2 begins at 19:30.