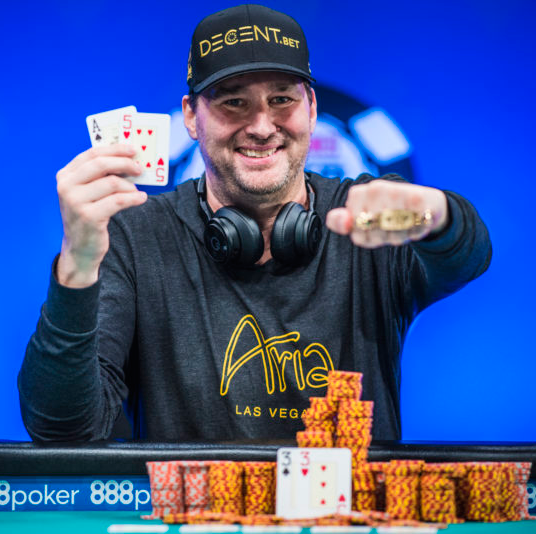 Today I am going to be speaking with one of poker’s superstars. Anyone with even a passing interest in poker during the last 20 years will certainly know who he is.

My guest today is the one and only “poker brat” himself, Phil Hellmuth.

Phil’s list of accomplishments and accolades in Poker is so long that it’s difficult to put it all together without missing something.

To name just some of the things that have made him one of the best poker players to ever take a seat at the table:

– He is a member of the WSOP Poker Hall of Fame

– In 1989 he became the youngest player to win the WSOP main event. A record that stood until 2008 when Peter Eastgate won the event.

– He holds the record for most WSOP final tables – 52

Aside from appearing on TV during broadcasts of some of the tournaments he’s played in, he’s also appeared in many other televised games such as Poker After Dark, Hight Stakes Poker, and Late Night Poker.

During my conversation with Phil, you’ll hear some of his best stories about a life playing poker and the places the game has taken him.

There are very few players that have played as long as Phil Helmuth has and remain active and successful in the game … And he shows no signs of stopping anytime soon.

This episode was originally aired live on YouTube. If you didn’t catch the live broadcast, you’ll be glad you didn’t miss this chance to get a candid peek inside the world of one of poker’s living legends.

I thank you once again for listening. And now, without any further ado, this is Phil Hellmuth on Chasing Poker Greatness.

Click any of the icons below, sit back, relax and enjoy my conversation with Phil Hellmuth on Chasing Poker Greatness.

Click any of the icons below to find the CPG pod on the platform of your choice. Then sit back, relax, and enjoy my conversation with Phil Hellmuth on the Chasing Poker Greatness Podcast.

Thanks for reading this transcript of Chasing Poker Greatness Podcast Episode 031: Phil Hellmuth