Matt Savage: A Giant in Poker Innovation and Pioneering 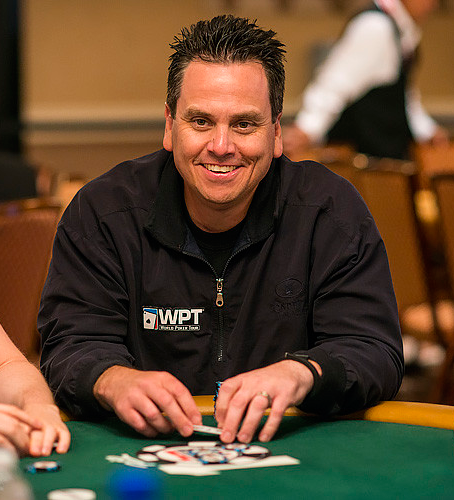 Matt is the Executive Tour Director for the World Poker Tour and holds the record for officiating over the most episodes of televised poker, with more than 400 under his belt.

He has overseen some of the biggest tournaments that poker has to offer, including the World Series Of Poker from 2002 to 2004, and too many WPTs to count.

He also currently serves as tournament director for several well-known casinos and card rooms including my old stomping grounds the Commerce Casino, Bay 101, and Thunder Valley.

He has worked with many television networks including:

He is a co-founder of the Tournament Directors Association, was an inaugural inductee into the Poker Room Manager’s Hall of Fame in 2003, and has been nominated five times for the Poker Hall of Fame.

Matt has a unique perspective on the game, with direct access to players and behind-the-scenes events that even journalists don’t usually see.

During our conversation you’ll hear stories about Chip Reese, Doyle Brunson, running the WSOP in the old days (Which includes running out of chips and not having enough space to accommodate an unexpectedly massive field), and even how Matt almost accidentally squashed the Moneymaker boom before it ever began.

He’ll also explain why he very much regrets introducing the concept of re-entries to tournament poker.

Matt is a true poker innovator, pioneer, and genuine asset to this game we all hold so near and dear to our hearts.

It isn’t hyperbole when I say that wherever poker tournaments are spread worldwide, if you look close enough, you’ll be able to spot Matt’s fingerprints on the structure and design.

So without any further ado, I bring to you one of the most influential human beings in the history of poker … this is Matt Savage on Chasing Poker Greatness.

Click any of the icons below, sit back, relax and enjoy my conversation with Matt Savage on Chasing Poker Greatness.

Click any of the icons below to find the CPG pod on the platform of your choice. Then sit back, relax, and enjoy my conversation with Matt Savage on the Chasing Poker Greatness Podcast.

Thanks for reading this transcript of Chasing Poker Greatness Podcast Episode 022: Matt Savage