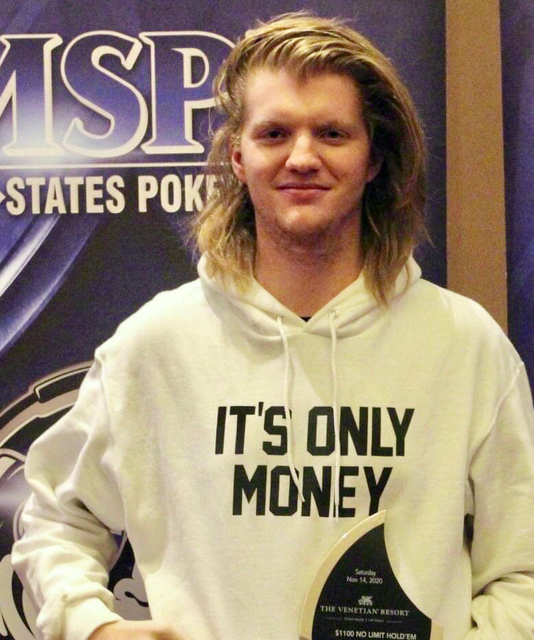 This was an especially meaningful conversation to me because I’ve been fortunate enough to experience Landon’s rising star from a pretty close distance. Back in March, which feels like two or three lifetimes ago, the Poker Detox crew had a company retreat in Atlanta where I got to hang out with Nick Howard and his crew for three or four days.

When I rolled up to their AIRBNB, none other than Landon Tice was the human who greeted me at the door (Playing online poker at the same time, of course).

It took me all of about 3 seconds to appreciate Landon’s passion for the game of poker and becoming the best poker player he could possibly be. Although that was a mere 9 months ago, what he’s done since is nothing short of astonishing.

Not only has he dominated some of the toughest cash games in the online world, but he also had his first 6-figure MTT score in November when he took down an $1,100 MSPT event for a cool $201k.

How Landon has managed to progress his poker career at warp speed.

A Greatness Bomb on the relationship between graphs and volume.

How he’s built up an envious poker network for any aged human much less a 21-year-old.

So without any further ado I bring to you one of the current and future stars of poker Landon Tice.

Click any of the icons below, sit back, relax and enjoy my conversation with Landon Tice on Chasing Poker Greatness.

Click any of the icons below to find the CPG pod on the platform of your choice. Then sit back, relax, and enjoy my conversation with Landon Tice on the Chasing Poker Greatness Podcast.

Thanks for reading this transcript of Chasing Poker Greatness Podcast Episode 105: Landon Tice