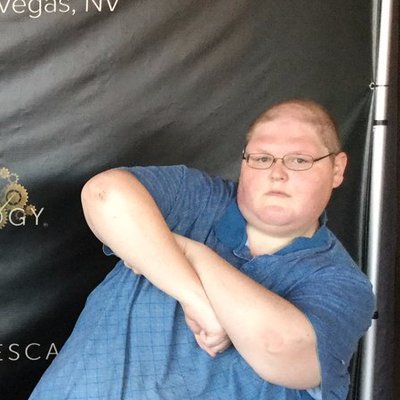 Today’s guest on Chasing Poker Greatness is a blast from the past… Jimmy “Gobboboy” Fricke.

Sometimes when you don’t hear a poker player’s name for a while in poker media, you can’t help but wonder “What happened to them?” with the typical follow-up thought being, “I really hope they’re okay”.

In today’s show you’ll be happy to learn that not only is Jimmy okay, but he’s thriving in a world totally outside of poker which, to those of us who have felt locked inside the game with no way out, is a massive, massive accomplishment.

Back in 2006, Jimmy burst into the poker limelight after a scorching hot run on the online felt, and capped off his torrid run with a 2nd place finish in January at the 2007 Aussie Millions main event for a $795,000 score.

Incredibly, Jimmy was only 19 years old.

A year and a half later, he’d take down the $5k Bellagio Cup IV for another $443k score.

And as Jimmy’s MTT career faded into the background over the next few years, he discovered a new love:

It was in that arena that he followed his bliss, plied his trade, and paid his way through life over the next decade until his eventual pivot out of the world of poker and into the world of business.

As a personal aside, in our time together, I found Jimmy to be a gracious, humble, and extremely generous human being and I feel honored to have gotten the opportunity to sit down and learn more about his poker journey.

Now, without any further ado, I bring to you an OG of online poker and longtime poker professional… the one and only Jimmy Fricke.

Click any of the icons below to find the CPG pod on the platform of your choice. Then sit back, relax, and enjoy my conversation with Jimmy Fricke on the Chasing Poker Greatness Podcast.

Thanks for reading this transcript of Chasing Poker Greatness Podcast Episode 201: Jimmy Fricke