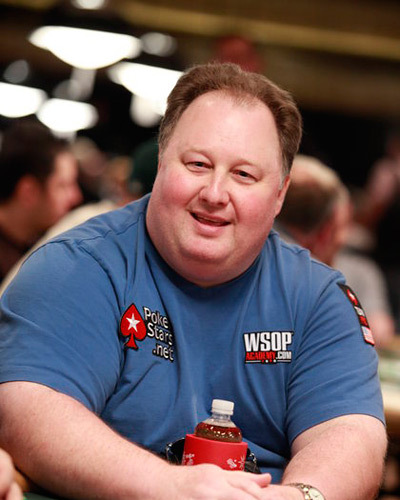 Today’s guest on the Chasing Poker Greatness podcast is the winner of the 2004 WSOP Main Event and Author of “Winning Tournament Strategies” Greg “Fossilman” Raymer.

Before I dive too deep into the intro, big thanks for D&B Poker publishing for putting this interview together (As well as the current & future CPG episodes with Amanda Botfeld, Ashley Adams, and Tricia Cardner).

In the world of poker, “Fossilman” is a living legend.

I remember the exact moment in time I was watching the 2004 WSOP Main Event with my old roommates. The Moneymaker boom had just begun and the WSOP was primetime must-see-TV on ESPN.

That was the year David Williams burst onto the scene, Josh Arieh became a household name if your household loves poker, and “Action” Dan Harrington went to back-to-back Main Event final tables.

It was a great year for poker.

Something that may be a little underappreciated today is Greg’s 2005 ME run one year later where he nearly defended his title but ultimately finished in 25th place.

I hope you’re ready and chomping at the bit to take a trip back to the golden age of poker.

Why Greg believes theory ought to be learned before tactics.

So without any further ado, I bring to you the patent attorney turned poker legend Greg “Fossilman” Raymer.

Click any of the icons below to find the CPG pod on the platform of your choice. Then sit back, relax, and enjoy my conversation with Greg Raymer on the Chasing Poker Greatness Podcast.

Thanks for reading this transcript of Chasing Poker Greatness Podcast Episode 097: Greg Raymer