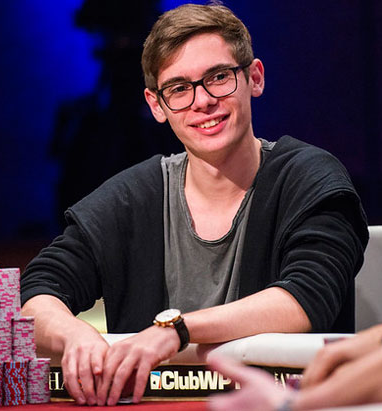 My guest today is, indisputably, one of the greatest players to ever sit down at a poker table. He came onto the scene like a hurricane and swept away anyone and everyone in his path to being the number one ranked poker player in the world.

And then, equally as abruptly, decided to call it a day and retire.

Today I am joined by Fedor Holz.

Fedor, originally from Germany, has absolutely dominated both live and online poker tournaments during his career. He’s earned more than $40 million, taking down several multi-million dollar cashes along the way.

He has a WSOP bracelet and his WSOP circuit results as listed on WSOP.com show him with 12 cashes totaling just over $11.9 million.

He’s ranked as #1 on the all-time money list for Germany, and 8th in the world.

Click any of the icons below, sit back, relax and enjoy my conversation with Fedor Holz on Chasing Poker Greatness.

Click any of the icons below to find the CPG pod on the platform of your choice. Then sit back, relax, and enjoy my conversation with Fedor Holz on the Chasing Poker Greatness Podcast.

Thanks for reading this transcript of Chasing Poker Greatness Podcast Episode 026: Fedor Holz