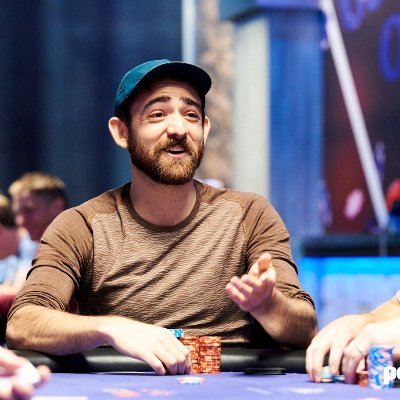 Today’s guest on the Chasing Poker Greatness podcast is one of the premier PLO players in the world… he’s the mental game & PLO coach for poker training behemoth Upswing Poker, Dylan Weisman.

What is immediately apparent in today’s conversation with Dylan is that he’s an absolute gold mine of poker, performance, and life wisdom. And the level of respect Dylan has earned from the greatest poker players on the planet is off-the-charts.

Not only was he hand-selected and trusted to produce world-class PLO products on Upswing Poker, but here’s a recent exchange he had with poker legend Daniel Negreanu and the WSOP on Twitter after nabbing a PLO bracelet at this year’s WSOP:

Dylan: “How do we petition for more mid to high stakes PLO tournaments at the next WSOP?”

DNegs: “We can run 5-6 as a series and call them the “Weisman” invitationals with only one caveat: You are not invited. You MC the events but cannot play because you are too good.”

While I sense some playfulness from DNegs in this Tweet, there’s truth in it as well:

Your poker chips are not safe when Dylan sits down at your table.

Now, without any further ado, I bring to you world-class human being, poker pro, coach, and teacher… Dylan Weisman.

Click any of the icons below to find the CPG pod on the platform of your choice. Then sit back, relax, and enjoy my conversation with Dylan Weisman on the Chasing Poker Greatness Podcast.

Thanks for reading this transcript of Chasing Poker Greatness Podcast Episode 197: Dylan Weisman