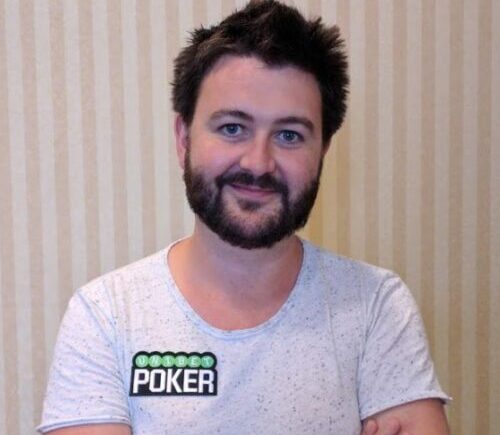 Today’s guest is one I’m very excited to finally welcome back onto CPG.

He’s an award-winning co-host of one of the most popular and revered poker podcasts “The Chip Race” (Along with past CPG guest Dara O’ Kearney), the cheery, exuberant, and (sometimes) controversial Irishman, David Lappin.

He’s also an ambassador for Unibet Poker, and of course a world-class poker player.

In my experiences with David, who’s sometimes a polarizing figure in the poker community, I’ve found him to be a continually entertaining and passionate ambassador for the game.

He and I share a myriad of passions, attitudes, and interests in and out of poker that you’re about to learn all about.

– Why one of the biggest names in the poker world won’t ever be on CPG or The Chip Race.

– Hilarious and unbelievable stories about David’s life on the tournament circuit.

– The surprising downside of being a sponsored poker pro.

So without any further ado, I bring to you the always entertaining, engaging, and thoughtful David Lappin.

Click any of the icons below, sit back, relax and enjoy my conversation with David Lappin on Chasing Poker Greatness.

Click any of the icons below to find the CPG pod on the platform of your choice. Then sit back, relax, and enjoy my conversation with David Lappin on the Chasing Poker Greatness Podcast.

Thanks for reading this transcript of Chasing Poker Greatness Podcast Episode 142: David Lappin