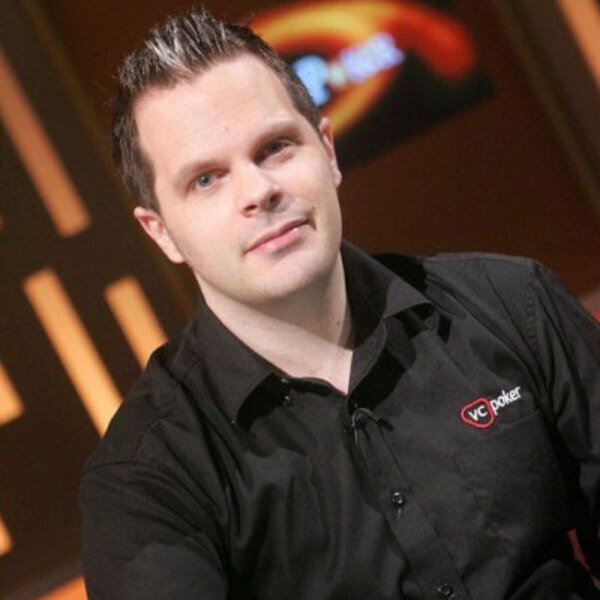 Barry has written for both online and print magazines as well as having had a hand in writing and publishing the most successful poker book ever written, The Mental Game of Poker (Which, coincidentally, is also the most often suggested reading material by my “Chasing Poker Greatness” guests).

In addition to “The Mental Game of Poker”, Barry has also co-authored The Mental Game Of Poker 2 with Jared Tendler and Poker Satellite Strategy with Dara O’ Kearney.

On the media side, Barry has written and contributed to WPT magazine, PokerNews Magazine, Inside Poker Business, Poker Pro Europe, CardPlayer Magazine, and more.

He’s the former chief editor for PokerNews UK, where he spent just over five years in charge of all content and live reporting.

Today Barry is PokerStrategy.com’s chief editor who is responsible for managing just about all of the content that appears on the site.

During our conversation, he walks us through some of the history of poker and poker media, and expands on how the relationship between the two has changed over the years.

He speaks about the evolution of poker and how the game has changed his life.

You’ll hear what it was like to experience Black Friday from the inside and get some opinions and insights into some of the most high-profile cheating scandals that have rocked the poker world both before and after that fateful day.

Very few people have the kind of access that Barry has to the inside world of the poker industry and today’s show is a rare opportunity to peak behind the curtains and get an insider’s view of a world us regular old poker players rarely get to see.

Listen to my conversation with Barry Carter by clicking any of the icons below: 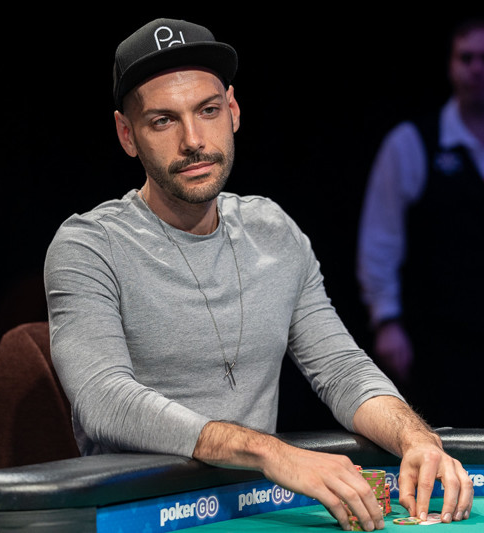 Nick has been one of the prominent coaches in the poker world for going on 10 years now.

He was once one of the most sought after coaches at Run It Once and has since moved on to form his own private coaching and staking company, Poker Detox.

After experiencing extreme suffering and considering giving up the game forever, Nick surrendered to a larger purpose and made it his life’s mission to develop more simplified strategies than the GTO based ones so that other folks wouldn’t have to go through what he did.

In order to put his money where his mouth was, Mission #1 was to take a small group of losing players and turn them into winners within a year … not an adventure for the faint of heart.

They were successful, to say the least, and have since become the core of Poker Detox.

Nick speaks with conviction as he shares his journey through inner turmoil, how he used that pain to drive him forward and create something new, and why he feels that it is absolutely essential that he shares what he knows and what he’s doing with those who want to learn from him.

If you feel like you’ve been struggling, or that you’ve hit a wall you just can’t seem to get past, Nick’s words could be the catalyst that sets you on a new and easier path to poker greatness.

Thanks again for joining me. And now…Nick Howard on Chasing Poker Greatness. 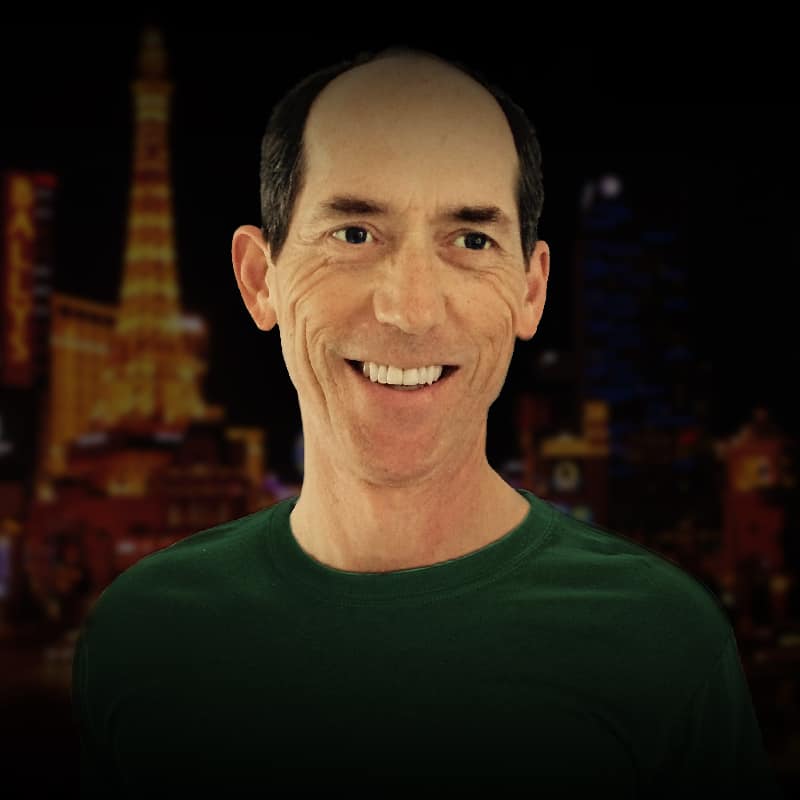 My guest today has had a tremendous influence on the game of poker both online and off through his perspectives on game strategy, coaching techniques, mental health, and more.

My conversation today is with professional poker player, coach, and author, Tommy Angelo.

Tommy has been playing poker professionally since the mid 80’s, preferring to play almost exclusively in live cash games. Having already accrued more than a decade of pro poker experience when most people were just beginning to discover and play the game, he quickly found himself with a successful coaching career as the popularity of poker began to grow and online games exploded.

Still one of the most popular books among serious poker players, Tommy’s first book, Elements of Poker, was released in December of 2007.

Since then he’s written four more books on poker and one on the topic of meditation — something he has practiced daily without missing a day for more than 15 years.

Tommy has also either written or regularly writes for many popular poker publications including Poker Digest, PokerPages.com, Bluff Magazine, and PokerNews as well as being a regular poster on the 2+2 poker forums — where, by the way, he inadvertently became the creator of the name “the hijack” for the seat at the table just before the button and cutoff.

He has coached some of the most well-known professional players in poker over the years (Including Phil Galfond, Jay Rosencrantz, and David Benefield) and is highly regarded among them for his unique way of looking at the game and his invaluable advice about how to deal with the tough mental aspects of playing cards for a living.

During our talk, you’ll hear countless bits of wisdom that will undoubtedly help guide you on your path to poker greatness.

Thanks again for listening. And now…Mister Tommy Angelo on Chasing Poker Greatness.

Click any of the icons below, sit back, relax and enjoy my conversation with Tommy Angelo on Chasing Poker Greatness. 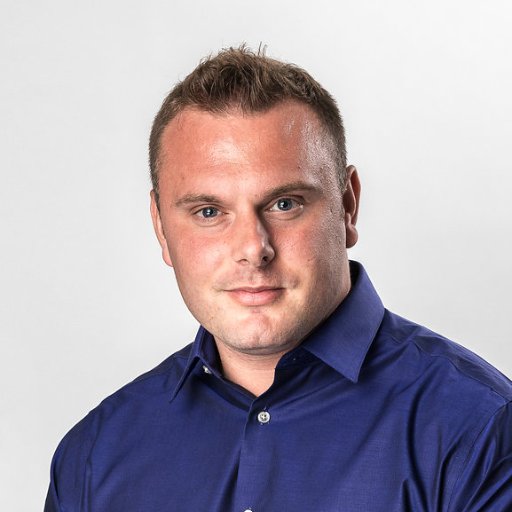 Elliot is the master of helping folks:

– Identify and extinguish their fears on the green felt
– Clear and focus their minds
– Remove their own mental roadblocks
– And achieve their goals … regardless of how audacious they may be.

Elliot has worked one on one with more than 200 individual poker players including:

Elliot also produces two podcasts, one of which, The Mindset Advantage, was specifically created to help poker players improve their mental game.

He regularly publishes highly informative self-help and mental game articles on his own blog and, as if all of that wasn’t enough, he created the guided mindset enhancement app Primed Mind.

During our conversation, Elliot reveals some of his most successful techniques for conquering your fears, changing your thought processes, and even how to analyze your own mind to figure out where your worst mental-game issues are coming from.

While there isn’t much in the way of strategic x’s and o’s in this episode, I’m going to make a bold claim and say that Elliot’s wisdom on dealing with your emotions while playing poker is more valuable than any single piece of strategic poker advice you’ll ever receive.

As the greatest poker player of all time Chip Reese once said when asked about what separates him from the living legends he battled against on a daily basis:

“Some players have a better A game than me but the difference is their D game is a lot worse than their A game, whereas my A game and D game aren’t that different.”

Elliot’s genius lies in guiding folks to do just that … elevating their D game so that it looks very similar to their A game.

And now, without any further ado, here’s my conversation with Elliot Roe on “Chasing Poker Greatness”.

Jack Laskey: How To Use Poker as Preparation for Life 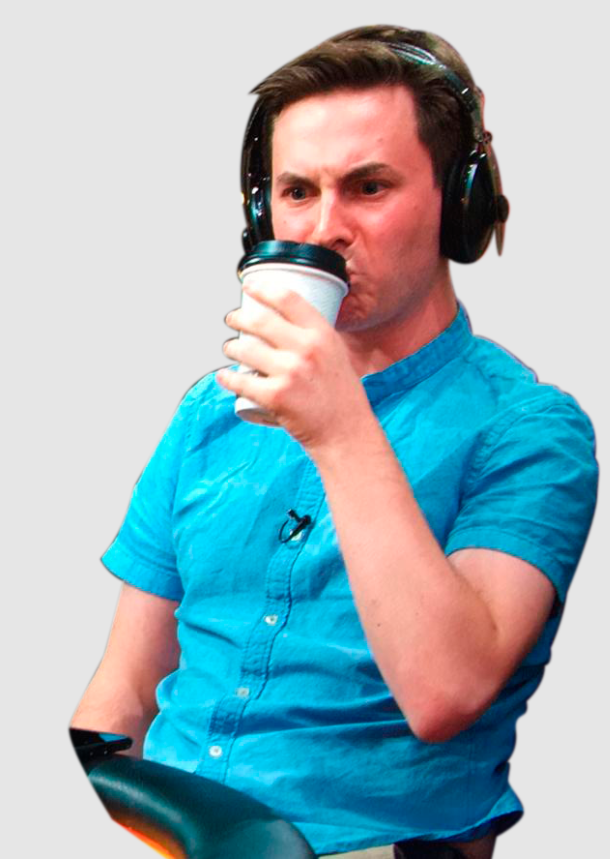 Today I have the pleasure of sitting with Jack Laskey. At 25 years old, it’s safe to say he’s one of the most experienced young players currently in the game and speaks with a wisdom well beyond his years.

He’s enjoyed success in the online and live poker world since turning 18 in 2012, although his career and love for the game go back quite a bit before then … like, it started when we was 12 years old … TWELVE!

Jack is currently a mid-stakes cash game specialist who currently spends most of his table time playing in private games in New York City.
You can find him at JustHandsPoker.com where him and his co-host Zach do an amazing job of in-depth hand analysis.

At the site, you’ll find a weekly podcast, poker strategy blog, and access to coaching services, among other things.

He’s also signed on as a mid-stakes coach at Solve For Why, a training site created by another “Chasing Poker Greatness” podcast guest Matt Berkey that focuses specifically on live poker strategy.

In Jack and I’s conversation you’ll hear us talk about:

– What poker can teach you about life.

Jack’s an amazingly deep thinker who asks a lot of philosophical questions. It’s clear that in his mind, there’s a thin line of separation between poker and life.

He finds a way to use almost everything from one world to sharpen his senses and improve his actions in the other.

Many of the answers he gives to my questions weave in and out between poker and life, but somehow they all make perfect sense and leave you with a feeling that you’ve just been given a new perspective in which to think about things.

I loved talking to Jack so much that we went WAY over the normal 1 hour in what felt like 10 or 15 minutes and, even after we turned the recording off, still kept going for another 30 minutes.

So settle in and get ready to look at your game, and possibly your life, in a whole new way.

Click any of the icons below to listen to my conversation with Jack Laskey.