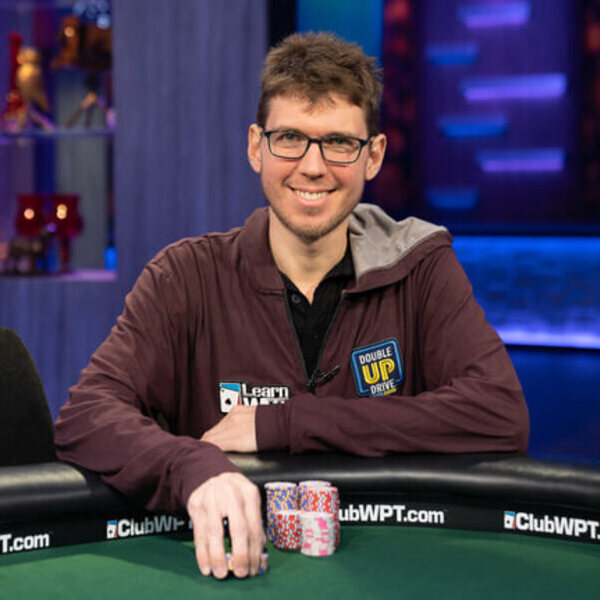 In today’s episode, I am joined by the always Stoic and thoughtful legend of poker, the one and only Andrew “LuckyChewy” Lichtenberger.

And to begin I wanna tell you a personal story about Chewy:

At the RIO during WSOP time in 2012 I was battling in a $10-$25 cash game when the kid next to me whispered in my ear, “Oh my god Chewy’s about to get a seat in the game. That dude’s terrifying!”

Despite being only 33 years old, he’s cashed for over $10 Million in live MTTs and terrorized high stakes cash games all around the world…

It’s no surprise he’s widely considered one of the very best poker players in the world.

In Chewy’s always calm, well-articulated, and laser focused explanations, you’re about to learn:

– How Chewy goes about integrating his intuition with tactical analysis while he’s playing cards.

– What coaching rising poker star Landon Tice has been like.

– What a “flow day” is and why they’re Chewy’s favorite kind of days.

Before we head into this episode, I also wanna let you know that Chewy’s about to drop a Nuclear Greatness Bomb with his answer to question:

“What’s a purchase you’ve made in the last year that’s been ultra impactful to your poker game?”

And now, without any further ado, I am honored to bring to you not only one PokerGOATS but also a genuinely amazing, amazing human being Andrew “LuckyChewy” Lichtenberger.

Click any of the icons below to find the CPG pod on the platform of your choice. Then sit back, relax, and enjoy my conversation with Andrew "LuckyChewy" Lichtenberger on the Chasing Poker Greatness Podcast.