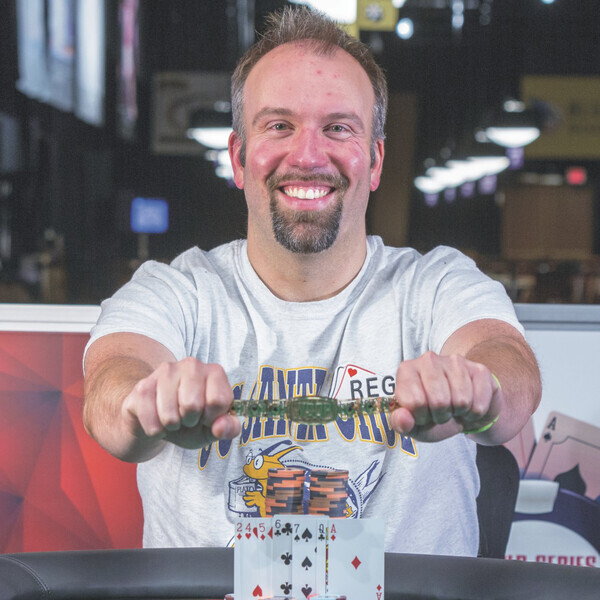 If there’s one way to sum up Andrew Barber, it’s this:

The man’s a stud.

In life, there’s one trait I value in human beings above all others:

The ability to admit when their previous opinion, no matter how strongly believed, is wrong.

This changing of opinion may stem from new information or a revelation that it was rooted in some kind of cognitive bias but, whatever the case may be… they have enough courage to simply say, “You know what, you’re right, and now I’m gonna look at this a little differently.”

When you approach poker and life from this paradigm, you’re able to expedite your evolution as a human being and avoid unnecessary suffering in a way I can’t overstate.

I have many regrets in life but not understanding this lesson earlier on is one of my biggest and this is an area, as you’re about to find out, where Andrew Barber thrives.

Andrew’s also a former engineer, economist, and follower of stoic philosophy who spends most of his life force these days in academia.

In today’s episode with Andrew Barber, you’re going to learn:

– How infusing altruism with his poker career completely changed Andrew’s perspective on being a professional card player.

– it was very clear to Andrew that engineering was not going to be his path in life.

– A Greatness Bomb in the form of a question that will save you untold hours of frustration when discussing emotional topics with your friends and family.

And now, without any further ado, I bring to you WSOP bracelet winner and one of the highest level thinkers I know… Andrew Barber.

Click any of the icons below to find the CPG pod on the platform of your choice. Then sit back, relax, and enjoy my conversation with Andrew Barber on the Chasing Poker Greatness Podcast.

Thanks for reading this transcript of Chasing Poker Greatness Podcast Episode 174: Andrew Barber